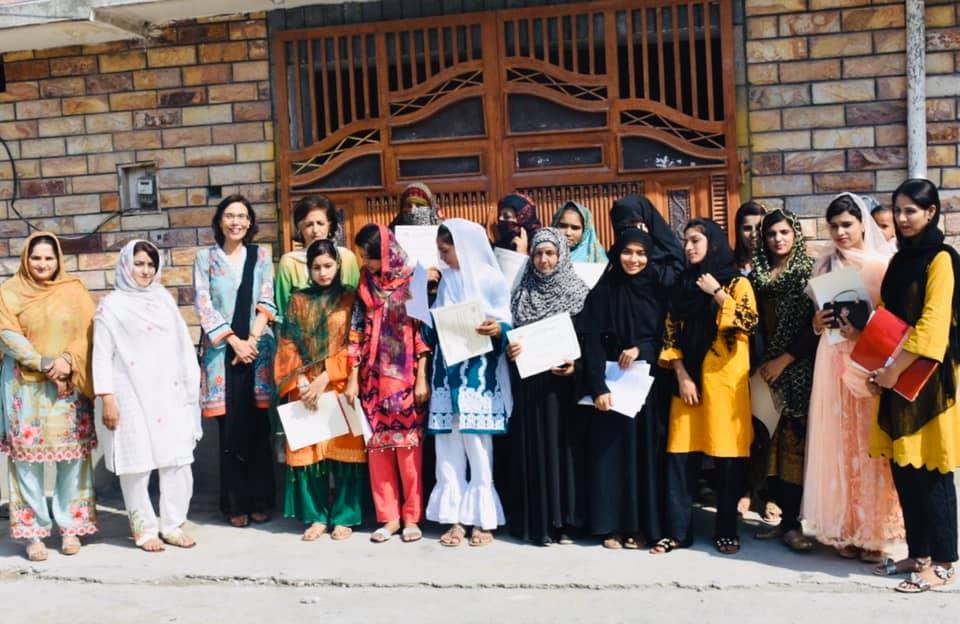 The Employment to Population Ratio in Pakistan is only 20% for female workers and ranks among the lowest on the Global Gender Gap Index.

A country can never truly prosper without the participation and contribution of its women. Pakistan’s current labor underutilization rate for women workers is 80%. In a country like Pakistan where roughly half the population constitutes of women, these statistics extremely alarming. A recent ILO study indicates that if Pakistan merely reduces the gender gap in female participation by 25%, its GDP can increase by 9%, an increase of $139 billion. In economically strained such as the present, women can be used as an invaluable human resource for the economic resurgence of our country (International Labour Organization, 2018).

Akhter Hameed Khan Resource Center’s women employment initiative is an income support program especially geared towards women. Through this initiative, women are taught employable skills like cosmetology and stitching. Most women opt for our stitching course because it is easier to practice from home while managing a domestic life alongside.

Cycle 2 of our Basic Stitching Unit course commenced on 1st September 2019. Over the next six weeks, 17 participants were taught measuring, cutting and stitching skills. 10 women qualified for the Advanced Stitching Unit course while 7 were recommended retakes. The course ended on 15th October and the graduates were awarded certificates in a small ceremony held at AHKRC’s Dok Hassu office three days later. The ceremony was conducted by course supervisors, Ma’am Sanjida, Sir Rahim and AHKRC’s Dok Hassu team. The certificates were distributed to the participants by Ma’am Sanila and Ma’am Ayehsa who serve as AHKRC’s CEO and consultant respectively. The event was followed by a small photo session and refreshments.

Through this initiative, AHKRC has launched 10 more women, armed with a valuable skill and experience, to empower themselves and their communities and play their part in the positive development of our society.